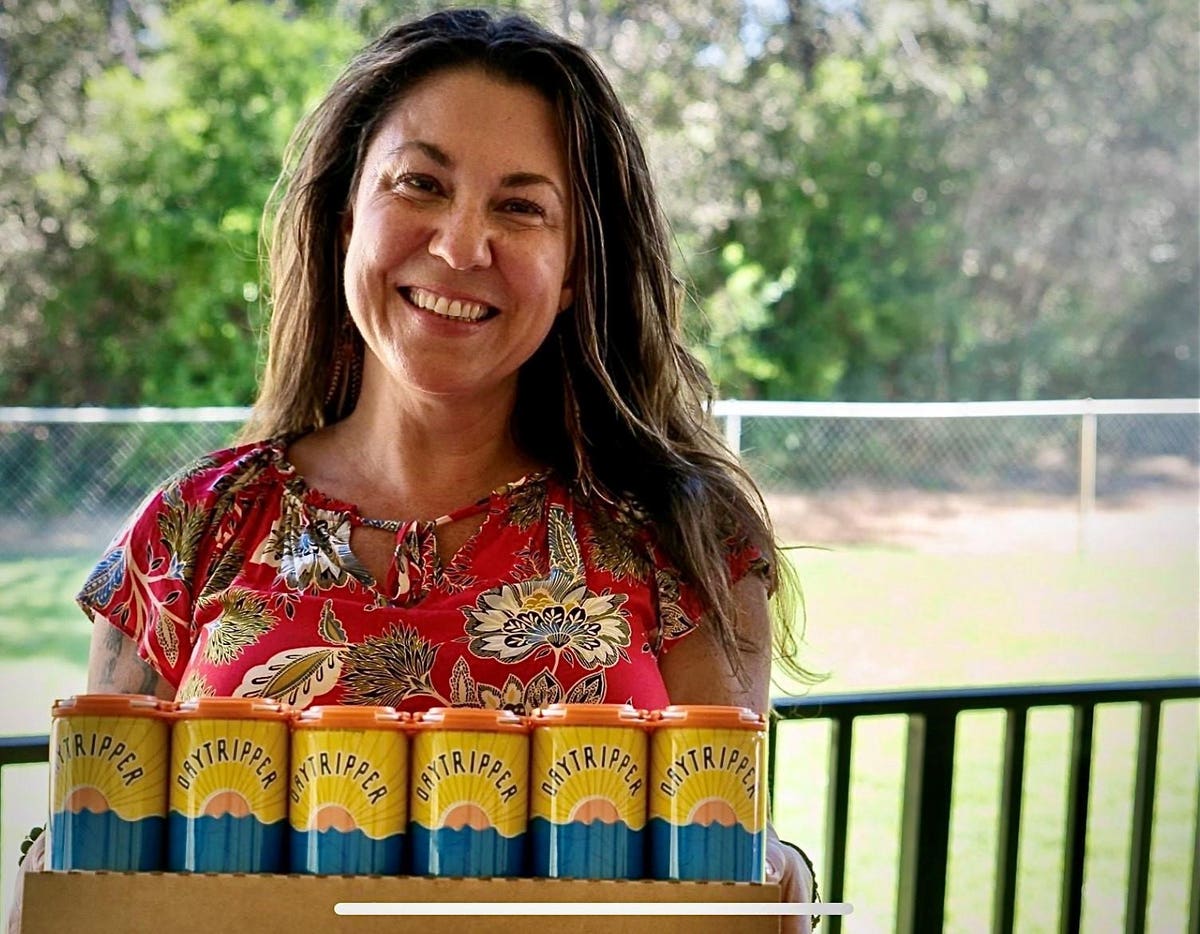 Women have long been underrepresented in the beverage industry, leading to many challenges for those who choose to blaze a trail, including noticeable pay gaps. While these inconsistencies are systemic in nature and cannot be resolved by buying habits alone, these six women-owned beverage brands should be on your radar. Consider supporting them and other women- and minority-owned brands in honor of International Equal Pay Day on Sunday, September 18.

St. Cecilia Soda Company is a small, Latina-owned natural soda company based in Austin, Texas. Out of love for their town and their individual passions for music, Tania DeGregorio and Michelle Beebe named their soda company after the patron saint of music. Each small batch of St. Cecilia Soda is free of carbs, gluten, and sugar, as well as non-GMO.

The two best friends and business partners call themselves “grateful moms” and describe their Daytripper soda as “a bright, sunny effervescent citrus blend with groundbreaking tones of pink grapefruit and blood orange.”

after hours is a new line of canned espresso martinis from two colleague-turned-co-founders, Nicole Craven and Alexis Smith. The brand officially launched in Dallas on August 1 is available at select liquor stores in the city and online with delivery to 39 states.

“Raising funds to get this idea off the ground wasn’t what we expected,” Craven says. “The reality is that the alcohol industry is male-dominated, and many people didn’t believe that two young female entrepreneurs would even make it to the production stage. It was both deflating and motivating, but we believed in our product and our mission and kept going until we found our perfect financial partners.

These initial difficulties made the sudden success and warm reception of After Hours by Dallas buyers all the more enjoyable. Their first series sold out the day it hit store shelves.

“We hope to inspire other women and girls to start their own businesses. That’s why we created our after-hours grant program to help fund start-up businesses founded by women.”

The goal of the program is to streamline the fundraising process for women and girls to start their own businesses. Applications are now being accepted and the first grant recipient will be announced on January 17, 2023.

Architect Milan Jordan created Cultivated Kombucha to intentionally diversify the health and wellness scene. After attending a kombucha brewing class and hosting kombucha pot lucks, Jordan was inspired to start selling his brew at a farmers market, and the brand took off.

“Google wellness and look at the pictures,” Jordan said. “You will see a trend that needs to be broken. Welfare definitely has a breed issue.

Jordan believes that all communities should have access to and knowledge of internal health and wellness.

“I hate that kombucha has this aura of luxury and very high end, because wellness should be accessible to everyone. Kombucha is the fastest growing health drink in the United States. It doesn’t have to be an exclusive thing. So, I brew this kombucha for culture and for those who might otherwise overlook the benefits of probiotics.

The beers are named after 90s hip-hop and R&B songs. Popular flavors include: Can I Kick It (Ginger Basil), PYT (Rosemary Lime) and I Used to Love Her (Honey Apple).

Otherland Society Rum is a project of Donia Roberts and the famous distiller Marianne Eaves. The two teamed up to create Wild Hare Dark Rum, a rum that expresses the intricacies of Florida culture. The inaugural artisan spirit of The Otherland Society’s Sugar Cane was created at the Michelin Guide reveal event in Orlando, where Florida’s first Michelin stars were awarded for excellence in culinary achievement.

“Wild Hare Dark Rum is a marriage of 8-year-old South American rums and 10-year-old Caribbean rums aged in used American white oak whiskey casks,” Eaves said while curating this rum project. “With sweet spice and vanilla oak character on the aroma, tropical fruit on the front of the mouth, and sweet lingering spicy notes of coffee and vanilla, balanced with sweet berries, the result is a rich, dark spirit comparable to the best rums on the market.”

Roberts and his investment partners will soon begin building a distillery and bottling distribution facility in the Pahokee, Florida area, utilizing local talent and products and providing a catalyst for job creation.

“Our vision for Otherland Society is to reinvest in the community, celebrate our heritage, protect our natural resources and provide a new source of income for the people who call this area home,” Roberts said. “The launch of Wild Hare Dark Rum is the first step to increasing these business and development opportunities.”

Hoopes Vineyards is named for generations of winemakers in the Hoopes family, which includes former San Francisco Assistant District Attorney Lindsay Hoopes. A born wine enthusiast, grew up on a farm playing among the vines. Joining his father, Spencer Hoopes, on their daily walks along the vines, frequent conversations in the Hoopes household focused on growth cycles and branding. She currently lives and works on this same farm with a revered dedication to her family’s heritage in the dogged pursuit of perfect wines.

“If you’re a woman in the beverage industry, just existing makes us disruptors by definition,” says Hoopes. “We have to believe in what we are doing. Sometimes we are each other’s only advocates.

In addition to being an advocate for other women in the beverage industry, Hoopes is an environmental champion, an active mentor to other women in the wine industry, and one of Napa Valley’s youngest female leaders. Combining her affinity for science, nature and fine wine, she strives to enrich local biodiversity and promote the health and longevity of Napa Valley’s farming community through regenerative agriculture and her dedication to Save the Family Farms Initiative.

bbq wife (also known as Catherine Stiles) offers a variety of mixers, but is best known for their Bloody Mary Mix. When Stiles and her husband opened an artisan barbecue in Austin in 2011, she fell in love with the intense spices and smoke.

When she found a way to incorporate these flavors into her already beloved Bloody Mary recipe, she knew it was too good to keep to herself, so she made it a business. His patient and “no shortcuts” approach ensures quality in every bottle. Barbecue Wife also donates a portion of all sales to local Texas Hill Country nonprofits.

Much like the slow, careful craft of smoking a barbecue (Stiles smokes the tomatoes for the mix itself), this mix is ​​all about attention to detail. “I combined a unique blend of hand-smoked spices like sea salt and coarse black pepper — key ingredients in making Central Texas smoked meat,” Stiles explains. “There are no shortcuts, no ‘junk’ added to this blend. After just one sip, you’ll feel the difference: a Bloody Mary blend that doesn’t require you to add anything – well, maybe – be a rib or two.

For Stiles, it’s more than just a Bloody Mary concoction. “The Barbecue Wife was designed with the understanding that life is short. Take the time to enjoy the little things and spread the goodness wherever you go!

These loans should be avoided..? Do you know why?