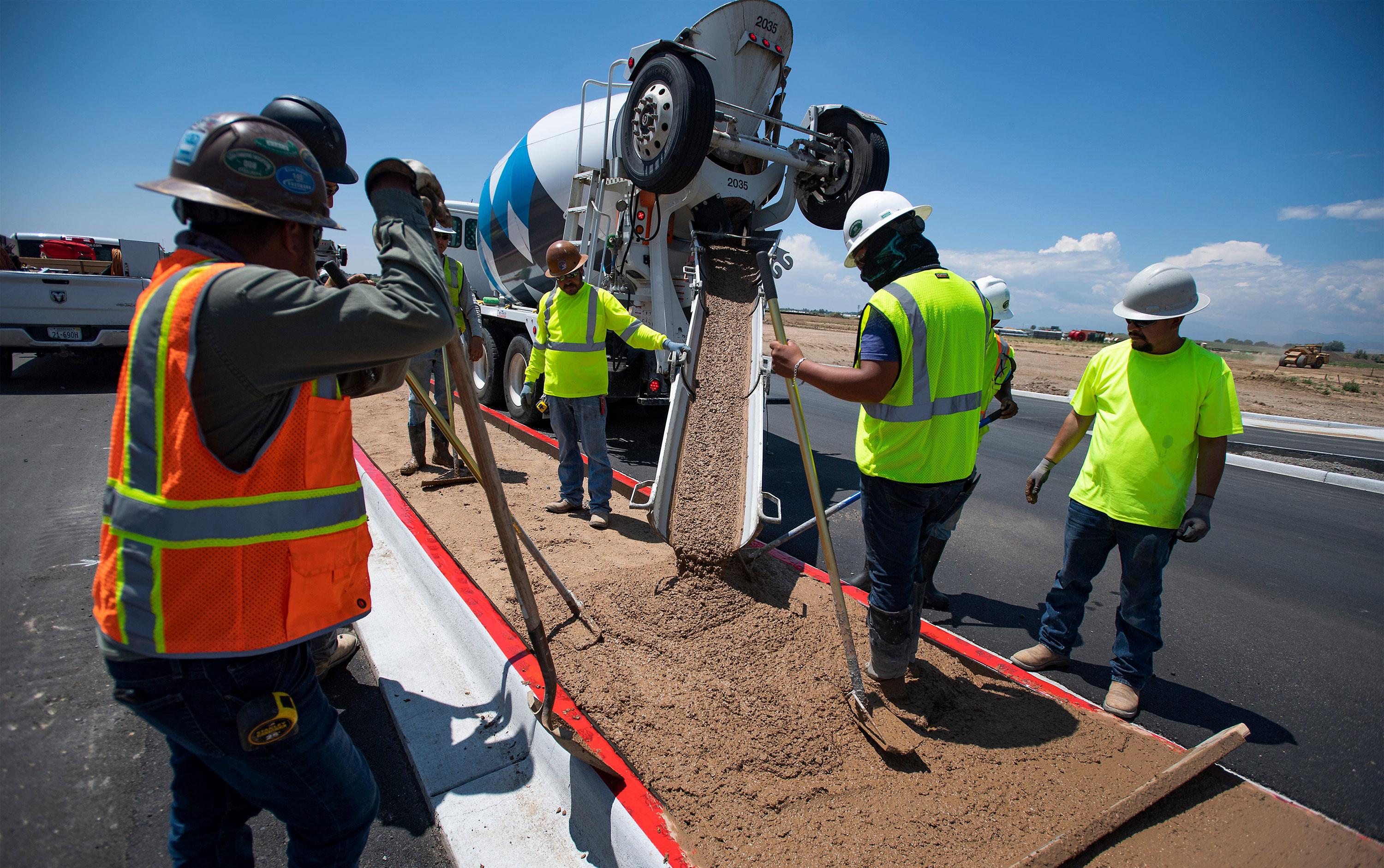 (CNN) – Matthew Messer carries solar panels to the roof of a house in Long Island, New York, hoisting them one by one into the 100-degree heat of June. Messer is the owner of New York Solar Maintenance, but these days he’s working alongside his senior technician seven days a week as the business booms.

“It’s not the best way to spend my time right now,” Messer says of his days on the rooftops. “But that’s what has to happen.”

It’s because Messer says he can’t find anyone to hire. His small business has three open positions, ranging from entry level to senior technician – an example of an industry-wide problem as a labor shortage meets increased demand.

Construction and improvement of new homes is booming, thanks to lack of inventory in a hot housing market and the growing number of people working from home. In an industry already short of workers before the pandemic, construction companies will need to hire 430,000 workers this year and 1 million more over the next two years to follow, according to Associated Builders and Contractors.

“The phone rings all the time,” Messer said. “I’m growing as quickly as possible, but at the moment it depends on how many qualified technicians I can recruit. “

The construction industry closed for a few months last year during the pandemic – but was quickly deemed essential, allowing suspended projects to continue. But in a short time, the sector lost more than a million workers. The industry has recovered nearly 80% of its workforce since then, but is still down 238,000 workers from levels before the pandemic in June, according to the Labor Department.

“We are losing more people than we are bringing into the industry,” said Matthew Schimenti, owner of Schimenti Construction Company. “People have made decisions in their lives to leave the region and the industry [during the pandemic]. It was like putting a puzzle together to restart where we literally called a time out. “

Schimenti Construction – which works mainly on commercial projects – has 20 open positions at all skill levels. They even hired two internal recruiters just to look for talent. Commercial construction has remained largely stable during the pandemic, but is expected to pick up as the U.S. economy returns to pre-pandemic norms.

“If we wanted it to be just a bad dream and it to go away and everyone to come back, that is not going to happen,” Schimenti said.

Compensation is not the problem

When Matthew Messer began to notice a shortage of workers, he realized he needed to quickly raise wages to stay competitive. Its remaining employees were poached by other companies. In the past four months, he has increased entry salaries by 40%. This is on top of the rising costs of materials, including steel and lumber, which he says are passed on to the customer.

“I was offering $ 18 to $ 22 an hour and got no requests. I raised it to $ 23 and received none. I raised it to $ 25 and they start pouring in right now, ”Messer said. “It was a dramatic increase, but to grow the business I need technicians.”

But unlike other industries facing labor shortages, such as restaurants and hotels, construction pays nearly double the average hourly rate. A restaurant or hotel worker can earn $ 18.23 an hour on average, compared to $ 32.86 an hour for a construction worker, according to the Bureau of Labor Statistics.

“You can make a good living while you learn. If you have the desire to learn multiple trades, we will teach you multiple trades, ”said Michael Bellaman, President and CEO of Associated Builders and Contractors. “Our members invested $ 1.3 billion last year to develop their existing workforce.

Lack of in-store classes and an aging population

Shopping classes – once part of the curriculum of schools across the country – are now rare. These courses had often been a student’s first introduction to a power tool or tape measure, and an important introduction to construction work. The lack of in-store courses has made it more difficult for the industry to attract and recruit young talent, according to Bellaman. That, added to an aging construction workforce – the average age is 43 – has created a hole in employment.

“We want to go into all the areas where we can attract the best talent. Once we bring them into the industry, we educate and improve our skills,” Bellaman said.

Teaching new skills at no additional cost to workers is retention-oriented. Over the past decade, the average monthly turnover rate in construction has been 5.2%, compared with 3.6% for all industries, according to the Bureau of Labor Statistics. And until the workforce keeps up with demand, companies will increasingly turn to technology to replace vacant positions.

“The industry is using technology and innovation to basically manage this disruption when it comes to the labor shortage. Lots of drone use, robotics and additive manufacturing,” Bellaman said. “However, it creates new career opportunities in these spaces of innovation and technology. And it’s very appealing to the younger generation.”

– Kate Trafecante contributed to this report