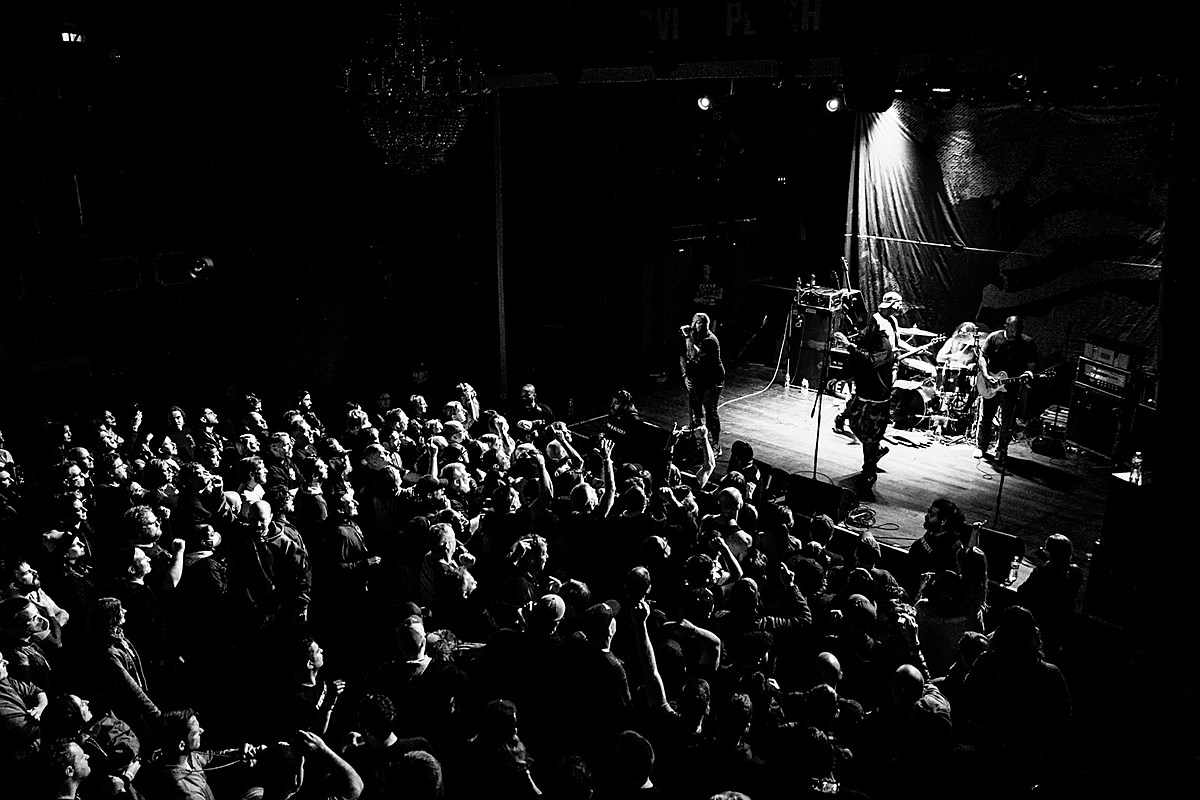 The reunited TO PROFIT FROM returned to New York for two shows at Irving Plaza over the weekend and both had incredible bills all around: Friday (10/21) had the return in action Paint it blackLIHC Veterans Kill your idolsand NJHC band Drugs at school; and Saturday (10/22) brought together the big names in Michigan ska-punk The suicide machinesbrought together NJ metalcore legends deadand N.J. Shit… I quit!.

We attended the Friday show and unfortunately missed School Drugs, but there were already a lot of people in the room when Kill your idols took the stage, and people were immediately in it, but they really started to shine after singer Andy West disappeared from the stage and reappeared to play the rest of the set on the floor against the barricade where a group of fans die-hard KYI fans then passed the rest of the ensemble crowding to the mic to sing every word, mosh, crowd surf, and just make it feel like a little club show at the interior of a large club. Taking on the Long Island scene even more, Andy also wore a cycle of death T-shirt. Towards the end of the set, a major climax came when Deathcycle frontman (and LIHC/NYHC staple and former KYI drummer) Ron Grimaldi himself appeared to do some vocals – first from the stage, then also against the barricade.

Paint it black came next – playing their first show in New York in 8 years and their very first show in something like 4 years. The Philly/NJ hardcore veterans played a high-energy, tight hardcore set that was also full of moshing, songwriting, and frontman Dan Yemin also played much of the set in front of the stage against the barricade. The Philly/NJ hardcore band are also set to play Fest in Florida, but don’t expect them to be gone for so long; their set included a new song, and Dan said a new album was recorded and ready to go. Dan’s stage banter also included memories of attending shows in New York City when Nazis were a regular fixture on shows, the Nazis who, he pointed out, are now all in power. In the wake of all the BS going on in the world right now, it was refreshing to hear both Paint it Black and Kill Your Idols getting downright political with their onstage banter (KYI gave a little encouraging speech all the world from all sides of the left to come together).

Richmond, Virginia TO PROFIT FROM – whose frontman Tim Barry pointed out playing their first show in New York to love 4 people who weren’t even there for them at CBGB in 1989 – immediately drove the crowd crazy when they opened their 22-song headliner without a callback Friday night with “Deepwood”, the first song of their 1998 hardcore melodic classic Above the Jamesan album of which they played 11 of the 14 songs during the show (and which most of the audience looked old enough to remember in real time.) Since their reunion, they have had the Above the James full lineup: Tim, guitarist Joe Banks, bassist Justin “Gwomper” Burdick, drummer Erik Larson, and their iconic bearded hypeman (and roadie and backup vocalist) Beau Beau Butler who’s always doing his thing, running around the stage, jumping , pointing foam fingers, talking to the crowd, and generally trying to keep things as fun as possible.

Photos from the Friday show by Stéphanie Augello continue below…