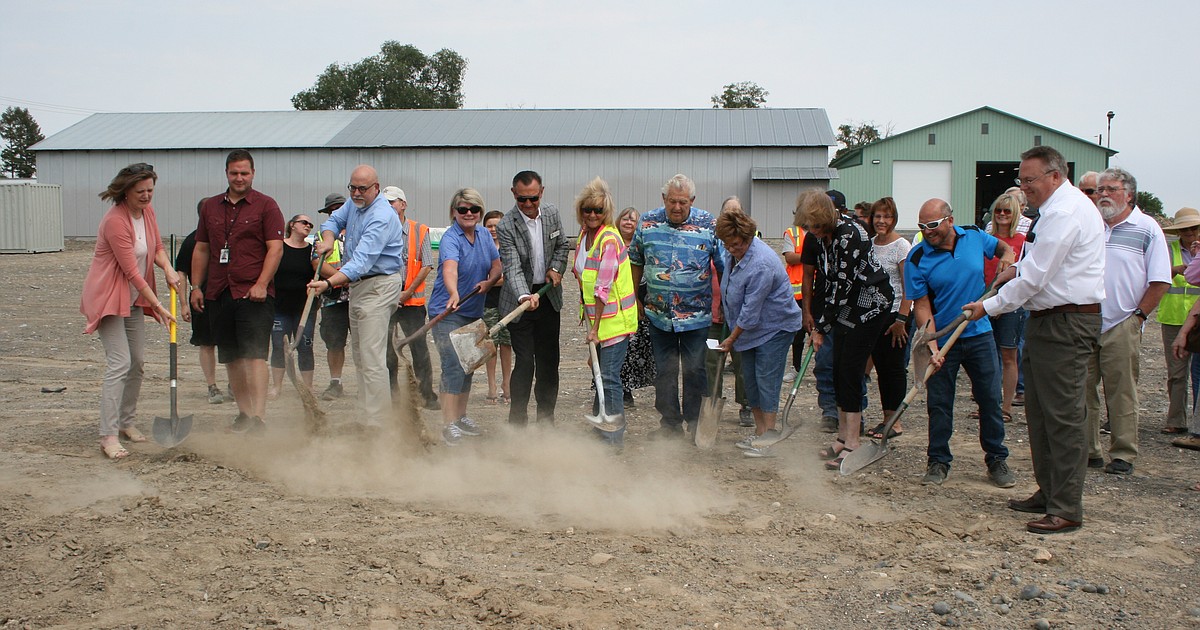 LAKE MOSES – Dirt flew in and there were smiles all around at the opening ceremony for the new Moses Lake food bank on Monday afternoon.

Peny Archer, director of Community Services at Moses Lake, which runs the food bank, compared it to a whole list of milestones in life, like buying that first home.

“My cheeks are actually starting to ache from smiling today,” Archer said.

Food bank operators and the organization’s board of directors have been fundraising for the project for the past seven years.

The land for the new location, at the intersection of Grape Drive and State Route 17, was donated by Chris and Mick Hansen in 2014. The land was given to a trust by Chris Hansen’s father, Marc Marchand, who ordered it to be used for charitable purposes.

Marchand owned a construction business in Moses Lake and was well known throughout the Columbia Basin. The handles of the shovels used during the first shovelful on Monday were painted in the green Marchand used on his construction machinery.

“This is going to be so awesome,” said Chris Hansen.

The total cost of the project has been estimated to be around $ 2.9 million, but additional spending has brought the cost to around $ 3.9 million, Chris Hansen said.

Warnick said the project has become very important to her. Agriculture is the backbone of the local economy and the hungry people here were just not good, he said.

“She just wouldn’t give up,” Warnick said.

The approximately 10,000 square foot building will house the food bank’s regional distribution center as well as its local distribution area. The food is delivered to the Moses Lake food bank and then redistributed to 34 food banks in central Washington, Archer said.

Cheryl Schweizer can be contacted by email at [email protected]