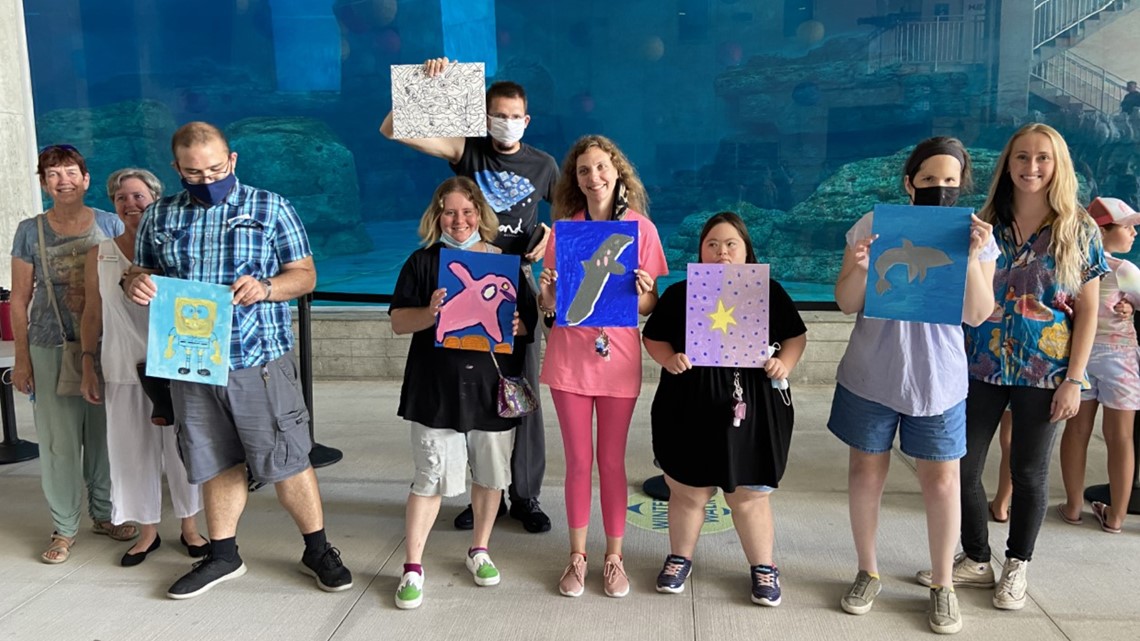 Disabled artists paint with Nicholas the dolphin of the CMA

The artists are part of Creative Clay, a St. Pete-based program aimed at making the arts accessible to everyone.

CLEARWATER, Fla. — In honor of World Oceans Day, artists with disabilities were able to paint with Nicholas the dolphin at the Clearwater Marine Aquarium.

They spent the morning painting right in front of him to get inspired by their art. An installation was made in front of CMA’s largest underwater observation center.

It was a partnership between the Clearwater Marine Aquarium’s Inspires program and Creative Clay, a St. Pete-based program aimed at making the arts accessible to everyone.

“We want everyone to feel a part of it and have experiences like this that enhance their artistic creation,” said Creative Clay CEO Kim Dohrman.

Artists’ pieces are marketed and sold. Dohrman said it was an opportunity to see artists engage with the community while allowing them to express themselves.

Artists like Jennifer D. have said Nicholas is her favorite animal. Many have not stopped smiling throughout their time at the CMA with ocean-inspired artwork.

The CMA program works with organizations and individuals who feel a special connection to rescued animals. For example, the tale of Winter the Dolphin has inspired many artists involved.

“A lot of them have seen the movie and really feel connected to its story, and a lot of other animals with disabilities and have that backstory,” said studio head Coral Walden.

It is also a chance for artists’ work to be marketed and sold in their own gallery or in different exhibitions. It’s one of the most rewarding parts of the job, Dohrman said.

Walden said often people ask artists about their disability first, but she encourages others to go beyond that.

“They’re some of the most creative and fun people I’ve met, and it’s truly a pleasure to be able to spend time with them every day,” Walden said.