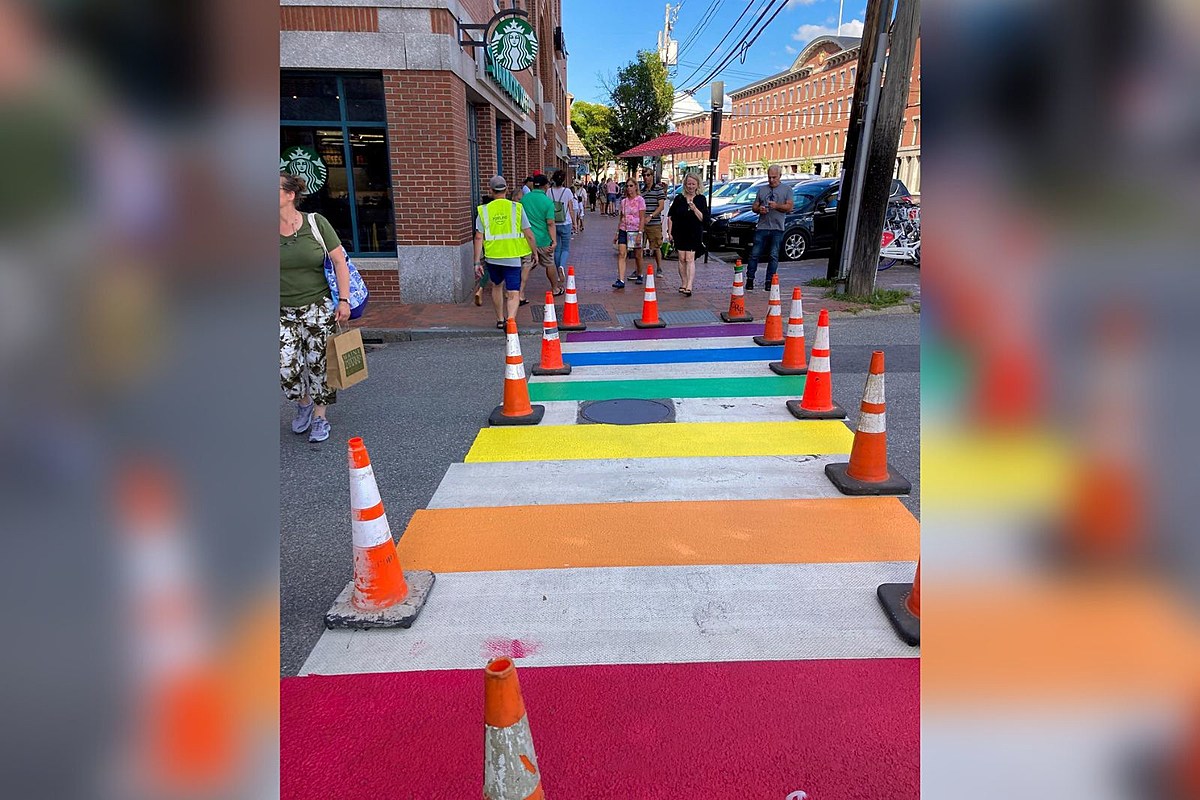 More towns and cities in Maine are celebrating Pride by painting a number of their crosswalks in rainbow colors. The Portland Downtown organization grabbed the paint and rollers and traveled through downtown Portland to create these works of art that recognize and celebrate the LGBT community.

Portland Downtown is a nonprofit downtown improvement district formed in 1992 to foster a vibrant, thriving, and sustainable downtown community. They are funded by a tax levy paid by downtown area property owners and other supporters.

This is the third of 10 planned Pride Rainbow Crosswalks – here’s where they’ll all end up:

As great as these crosswalks are, there are a small number of people who don’t appreciate them, including a Brunswick motorcyclist who vandalized the city’s Pride rainbow sidewalk in May by posing there rubber shortly after it was painted. The whole incident was filmed.

Others have complained in comments on social media that it’s a waste of taxpayers’ money. In the case of Portland, the work was done by downtown Portland, so the only taxes used to pay for paint and supplies came from property owners in the downtown area.

Actions and comments like this still show that we still have work to do to ensure Maine’s LGBT community receives the same respect that all humans deserve. Hope these colorful crosswalks can help people understand each other.

A nostalgic list that makes your stomach growl. Do you remember them?

The $17.5million home is a quintessential New England covered bridge over a Babbling Creek

Listed by Wade Weathers and Meg Kauffman of LandVest, this is a WOW home in Stowe, VT.

Is it possible to refinance your car in someone else’s name?