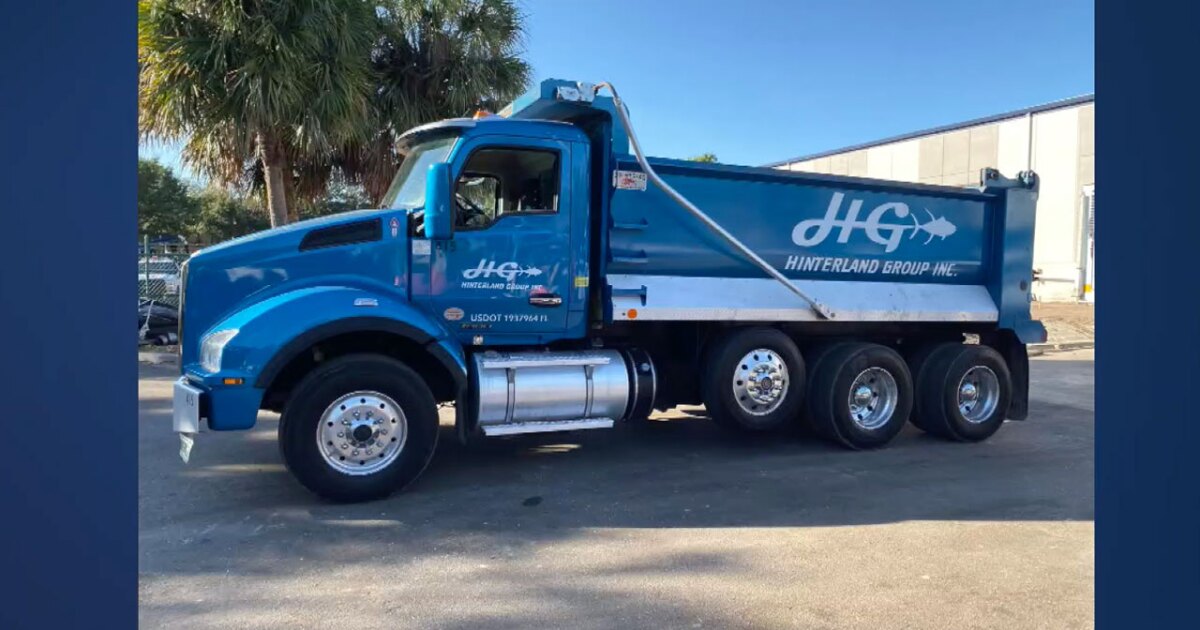 RIVIERA BEACH, Fla. — The search is underway for a pair of expensive dump trucks stolen from a family business in Riviera Beach.

The owners of the Hinterland Group, an underground construction company, said it was not the first time they had been targeted by thieves.

Owner Danny Duke said the brazen thieves knew what they were looking for and were gone within minutes. He is fed up and frustrated.

Two of his dump trucks were stolen early Wednesday morning along Dyer Boulevard and Haverhill Road. He said the trucks were valued at over $200,000 and were difficult to replace.

“There’s a shortage of trucks and they’re very expensive,” Duke said. “We just fixed a new one, and it’s almost $300,000 for a new dump truck, so they bought two from us.”

To make matters worse, this isn’t the first time his company has come across thieves.

“We’ve been broken [into] here four times in the last month here for hand tools,” Duke said. “They just take the hand tools and they run and the moment the alarm goes off… [and] By the time the police show up, they’ve done their best, those guys are gone.”

His only hope now is for someone to provide him with information to help him find the trucks or crooks responsible for the crime.

“We want our trucks back,” Duke said. “We don’t want to hand it over to insurance.”

The company is offering a $10,000 reward for information that may help find the stolen trucks.