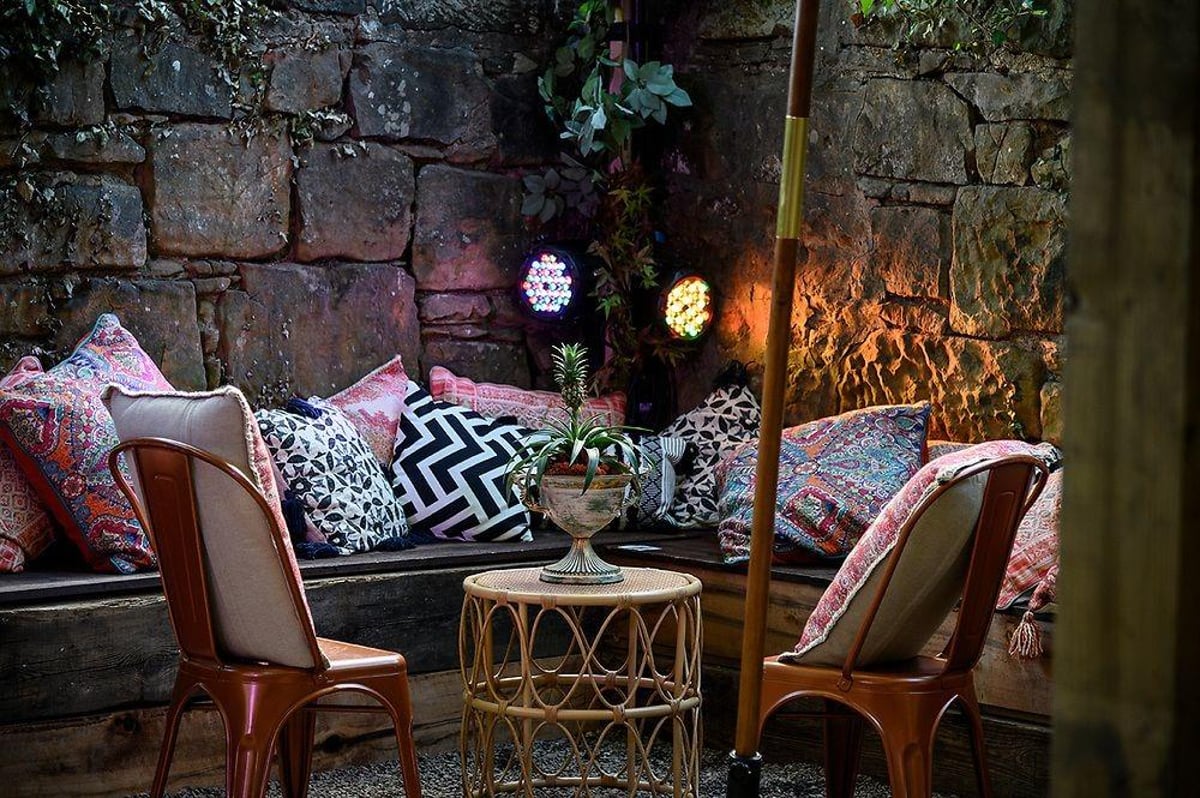 Register to our daily newsletter

There’s a first time for everything, and I’m having a hard time.

“Just take a tiny bit,” said the chef, David Lee, before I scooped his flesh into my mouth. Wow, it’s like a normal lime, except bionic. So spicy.

Register to our daily newsletter

Apparently, these citrus fruits come in a range of different colors and can grow as long as your finger.

It’s just one of the Australian ingredients that Sydney-based chef and restaurateur Lee will use in the Taste Australia experience at the Edinburgh Festival Fringe venue, House of Oz, which has taken over King’s House on South Clerk Street until to August 29.

This all-Australian showcase for the creative arts is part of the 2021-22 UK/Australia season – the biggest ever cultural exchange between the UK and Australia.

In his home country, Lee has cooked for Bill and Melinda Gates, Robert Plant, Venus Williams and Michael Fassbender.

As part of his Edinburgh residency, you don’t have to be famous to try his modern Australian five-course tasting menus with a side of entertainment. Each of these Monday dinners, with 60 covers, is a collaboration alongside a performer, with an appearance by Australian comedian and drag superstar, Reuben Kaye on August 15, before singer-songwriter Michaela Burger do his thing on August 22. These performers will work the crowd while diners try the tucker.

Although Lee doesn’t like the word fusion, there will be many influences in these dishes, especially as he adds Russian and Greek twists and turns, to celebrate the respective legacies of the next two performers. “Australia is such a multicultural space, we have such a church of foods,” he says.

Lee has not finalized these menus yet. However, all guests can currently visit Outback in the courtyard, where you can grab a bite to eat before going to see something like a circus act, Circa, or a bend, Dolly Diamond.

This area features an all-day wood-fired barbecue that serves kangaroo burgers, jaffles (toasts, with toppings including cheese and Vegemite), and acacia seed damper (a type of bread), as well than more familiar dishes like barbecue skewers, surf and turf and meat pies.

The bar next door also offers exclusively Antipodian products. There is Starward Whiskey, Manly Spirits Co, Lilly Pilly Pink Gin, Mr Black Coffee Liqueur and other spirits, plus a slush maker. However, the bar manager tells me that the homesick patrons mostly stocked up on snacks. Someone splashed out £20 on packets of Shapes, which look a bit like Mini Cheddars, and the Caramel Koalas (Australia’s version of Freddo Frogs) were taken by storm.

I have my eye on lamington’s giant cakes, but Lee takes me to the makeshift professional kitchen in this building, which usually functions as a church.

“It’s not a commercial kitchen, but we work very hard to make sure we come out with a good product and create menus that are workable in the space,” says Lee.

I’m really keen to try some of his Australian ingredients. As someone who has never traveled to the southern hemisphere, they all look very Alice in Wonderland to me.

“Could you pass it?” said Lee, to one of the other leaders.

I feel a little nervous about the creature of the deep, but it’s already been threaded. The meat is dense and pure white.

“It’s a creamy, extraordinarily fatty fish because it lives in such cold water,” says Lee, who will also use octopus from Fremantle, prawns from Shark Bay and king mackerel from South Australia. “It’s very difficult to overcook because of the total oil content.”

All the fish he imported was nitrogen frozen before being shipped here.

During my visit, the kitchen team is hosting the first tasting menu event with storyteller Joseph Tawadros, which took place earlier this week. There is a table full of exotics, such as warrigal greens (an Australian version of spinach), which has already been prepared. Some of these ingredients were extremely expensive to source – especially lime. I would have savored it longer if I had known.

When at home, Lee prefers to cook local and sustainable foods. For this event, they worked with London-based company Oz Trade to source the ingredients.

“We would have liked to use local food, but the immersive nature of the whole event is a showcase for the products,” he says. “With Brexit and the new free trade agreement, there are a lot of Australian suppliers who want to send their food here.”

I also test a pinch of wattleseed. It shows up on their first menu, in a cocktail in the backyard, and in this wetter bread served from the barbecue. It has the texture of cocoa, with a spicy nutty flavor. Lee says it really needs to be grilled to release the oils.

There’s also lemon myrtle and a bag of dried, finely powdered bush tomato, which is one of the chef’s favorite ingredients. Apparently these are more related to eggplant than tomato, and they smell like a hybrid of the two.

“I’ve been a chef for 33 years, and in the 90s we went through the whole issue of indigenous food. Recently, there has been a revitalization of this kind of food,” he says. “It offers so many textures and flavors that people aren’t used to.”