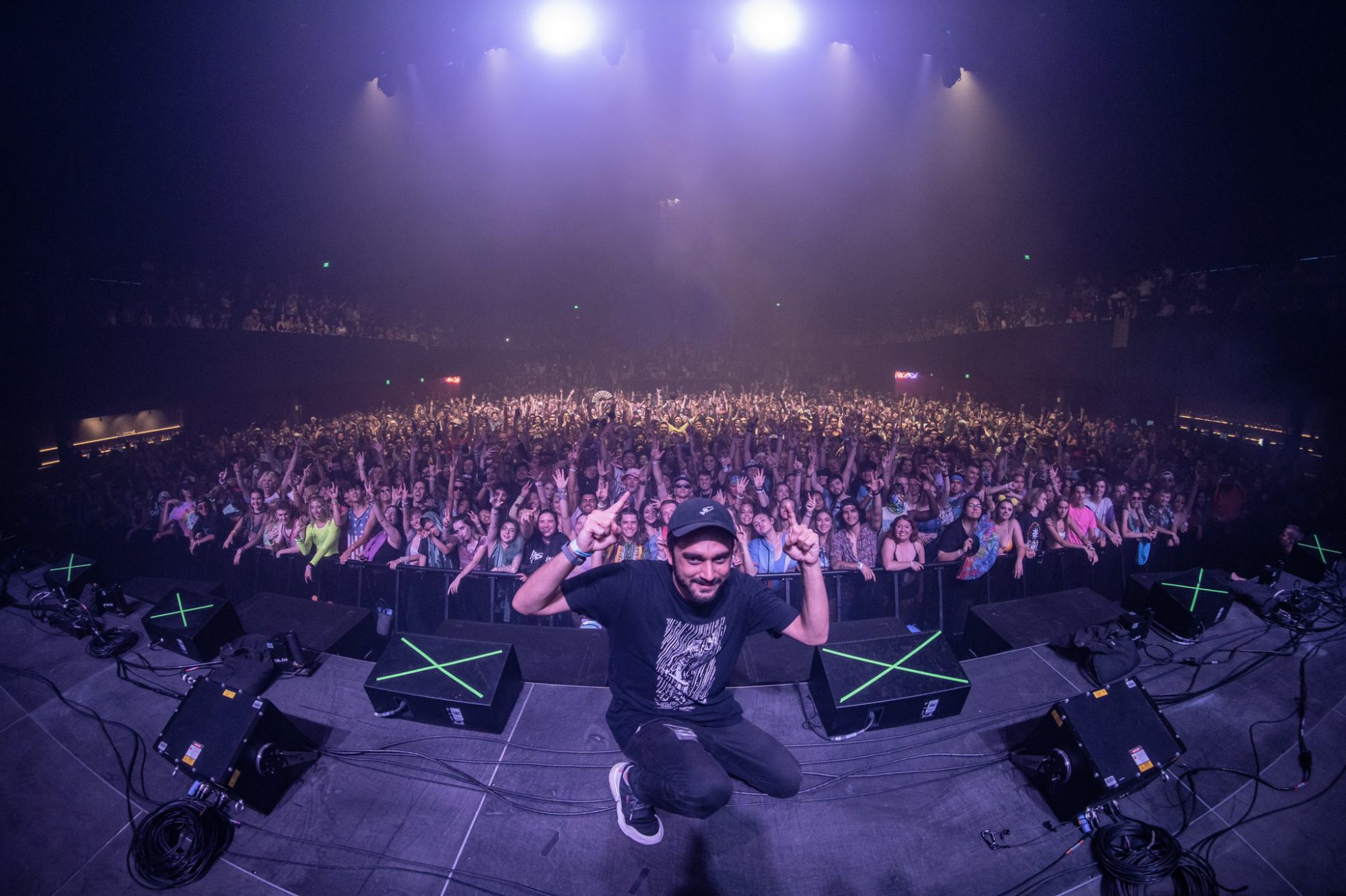 Essesks paints a living world in “The Villain’s Journey”

After teasing fans with the releases of his upcoming album, Esseks has finally revealed The Villain’s Journey on Deadbeats in its entirety.

Esseks has a way of captivating listeners and making them travel with his music. Whether it’s with the album cover he creates or just the songs themselves, he’s a master craftsman. Songs like “Trapped in the VCR, “Ellies nap, “and”BullyHighlight the versatility of the producer within his production styles. More recently, Esseks published “Swamp lord», The third and last preview of his brand new album The Villain’s Journey which was eventually released to the world via the famous Zeds Dead imprint Living dead.

Over the course of the year, Esseks gave fans a little taste of what’s to come on his brand new album. This included “Watch from a distance, “Boss’s Lair,” and the Aforementioned “Swamp Lord”, all three of which were filled with different sounds and are absolute bangers. Composed of nine tracks The Villain’s Journey is an epic adventure through the brilliant and creative mind of Esseks as it tells the story of a traveler going through a post-apocalyptic era and the issues that befall him along the way.

Esseks really put on a mind-blowing display of talent and emotion with this project, as throughout the album listeners will hear a wide range of genres and influences. One thing is for sure after listening to the collection of tracks, he’s a true master of his craft – and this album is sure to become a fan favorite very quickly.

Flux The Villain’s Journey on your favorite music platform, let us know which track you felt the most in the comments, and read on for a more in-depth look at the album.

Esseks begins with “Stories” as we turn the page and embark on an adventure through the sounds of The Villain’s Journey.

As soon as “Stories”Begins, just like the ascent in the adventure of this album. The protagonist slowly climbs up the side of a mountain, climbing and higher. With what seems to be endless in sight. Almost two minutes later, Esseks layers tingling sounds and vocals, and he’s really throwing in some unexpected, dirty bass soon after. The traveler looks at the mountains, while “Watch from a distance“, the chaos below him. It feels like coming down a mountain, and every distorted synth is something to dodge on the way down.

The next step is “Babayaga”, Which sticks to the distorted and wobbly vibrations of the previous track. Listeners will nod to the catchy tune as they prepare for the sequel. Now you have reached the “Boss’s Lair”, Where a battle of evil breaks out, all surrounded by spectacular and disgusting sounds. The bass is massive and is sure to shake some bones. “At the end of the tunnel (Virus)”Begins on a soft and mellow note. But that doesn’t last long. All of a sudden we’re greeted by a voice saying “Is it possible that he is transmitting a code, not just a beat signal?” “ and from there things get really weird. It feels like the part of the trip where things really start to get dark.

Now we really get to the heart of the matter and the next lead on The Villain’s Journey is packed with a bass so heavy it could shatter at the seams.

“Swamp Lord”Is a dirty, low-end tune that’s packed with deep swaying and dizzying sounds – probably the part of the main character’s journey where he’s stuck in a wet and murky swamp as they try to dodge and dodge the beings who live in the waters. “From the abyss”Begins with almost ethereal sounds, and a deep drum and kick. After that, Esseks throws in those mind-blowing, heavy basslines that will have you smiling from ear to ear. There are so many elements that make up this song and each one will give you a chef’s kiss when they grace your ears.

A personal star on the album, “Distant lanterns”, Comes next and does it in style. As soon as its listeners drop, listeners will make their best bass face because of its smell. Esseks didn’t come to play with this one, it’s chock-full of distorted bass you’ll feel deep inside your chest – the type of melody that would tremble on a proper system.

Alas, this trip must come to an end and Esseks concludes with “Everything is fine (More than). “Listeners’ ears will be filled with pleasant melodies, wobbly elements and even dirty and distorted bass. This is the perfect track to finish. The Villain’s Journey because it slowly leads listeners out of the way of its immersive bass-fueled soundscapes to provide a sense of completion.