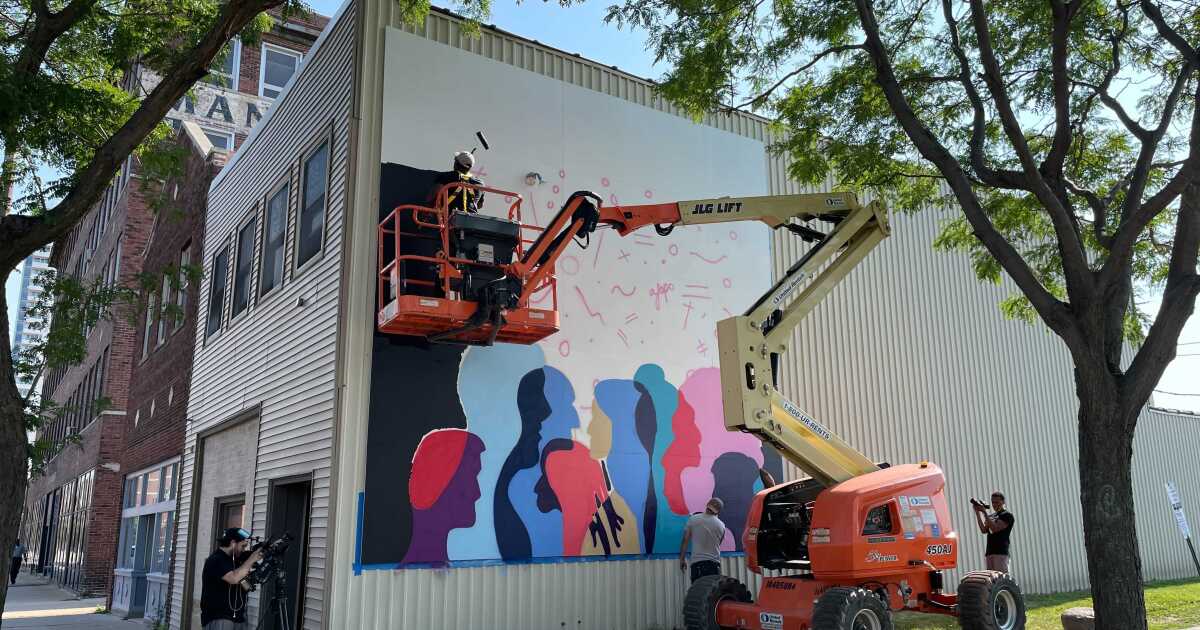 “I’ve always loved it and wanted to do something with it,” Mason said. “I was studying to be a teacher when I was in college, an art teacher. Basketball came along and it worked pretty well.”

Mason played for the Milwaukee Bucks in the early 2000s. On Tuesday night he said he was in the Deer District to watch his former team make history.

“50 years old, I didn’t know if I would ever see a championship won in Milwaukee,” Mason said. “But 50 years old and that streak has been broken by a great young team.”

Now Mason will leave his mark on Milwaukee again, this time as an artist. The Milwaukee Bucks have teamed up with Jack Daniels to invite Mason and three local artists, Tia Richardson, Aisha Valentin, and Ruben Alcantar, to paint murals around the city. They each showcase the diversity and community of Milwaukee.

Mason’s mural will feature the Bucks logo and his mantra: “We’re better together”.

“I think the most important thing is unity, to be together,” Mason said. “It’s a lot easier to fight through some of these things if we’re all on the same page.”

During his time on the Bucks, Mason held three art shows here in Milwaukee. It was then that he said he met an art critic from Chicago who in part gave him the confidence to launch his artistic career. Mason is also committed to giving back to the Milwaukee community, and he said he tried to adopt a young child into foster care.

“When I think about it, I put it into that, because it’s just a bigger picture, unification,” Mason said. “By making sure we’re trying to help people do the right thing, let’s have our hearts in the right place.”

He hopes his art will make a difference in a city he believes will always be special to him.

“There are still struggles in Milwaukee, there is still a lot of work to be done on all sides,” said Mason. “But yet the point is to get messages like this out, that let people, again, drive by, pass by, see it and go, you know I’m going to do something right. today.”

The mural will be officially unveiled on Thursday, July 22 at 11 a.m.

Report a typo or error // Submit a topical tip