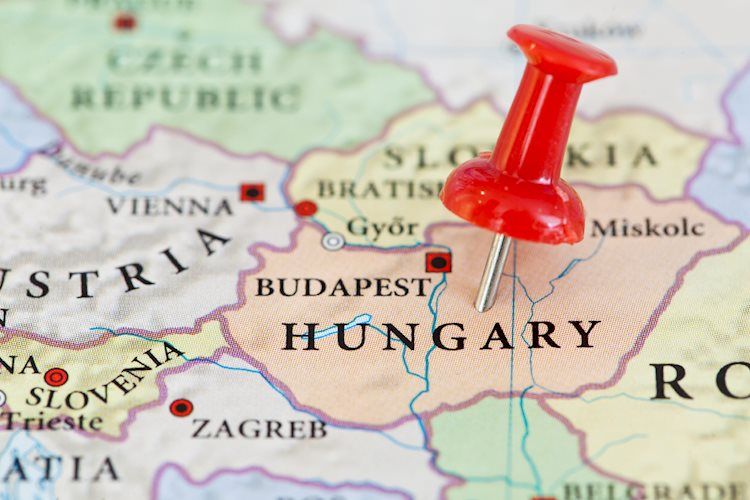 This week, the Hungarian central bank is due to hold its regular meeting where the decision on the main policy rate is taken. Currently, this rate stands at 13%, but after a recent emergency decision, the overnight deposit rate of 18% is the effective rate. Thus, we do not expect any changes to be made at the next meeting. Meanwhile, Croatia and Slovenia will release retail sales growth figures for September. While dynamic expansion is broadly expected in Slovenia, in Croatia retail trade is unlikely to have increased. Apart from that, the unemployment rate will be published in Poland and Hungary and the PPI index will be published in Slovakia and Hungary.

Changes in the foreign exchange market

Regional currencies appreciated throughout the week, with the Hungarian forint appreciating the most against the euro. Compared to the EURHUF high above 430 just before the emergency move, the forint has strengthened by around 4.5% since then. This week, the Hungarian central bank is holding its regular rate-setting meeting on Tuesday, but we don’t expect to see any changes in the main policy rate, which currently sits at 13%. The effective and market-relevant interest rate is the overnight deposit rate at 18%, and it will remain in place until risk assessment improves significantly. In Poland, the dispute over the direction of monetary policy intensified last week, with former central bankers openly criticizing the current approach to monetary policy. The hawkish members of the MPC (Kotecki and most recently Turowicz) who would welcome interest rate hikes remain in the minority, however. On the monetary policy front, an interesting development is also occurring in Czechia, as more and more voices have been raised about interest rate hikes. More recently, board members Mora and Dedek expressed their desire to tighten monetary conditions to curb inflation.

Last week, LCY bond yields rose in all CEE countries except Hungary, with Poland significantly underperforming. The entire POLGB yield curve rose more than 100 bps w/w, twice as much as the Czech curve. The yield on 10-year POLGBs approached nearly 9%, causing spreads to compress against 10-year ROMGBs, currently at around 70 basis points, less than half of the median value seen over the past 12 last months. Although 9×12 FRAs have risen by around 100bp over the past two weeks, the rise in POLGB yields does not appear to be solely driven by further expectations of higher interest rates, as 10-year POLGB yields have increased far more than the 10-year PLN swaps and their spread widened to 100 bps, well above the long-term average of 25 bps. Poland’s CDS remained almost unchanged. The current sell-off in the POLGB market could be related to the market’s belief that the central bank is behind the curve of its tightening, thus weighing on the outlook for the currency. Indeed, the 3M implied yields derived from forward foreign exchange contracts hover above 10%. The auction schedule is rather empty this week, with only ROMGB 2027, 2032 and Hungarian treasuries being offered in addition to the regular auctions.