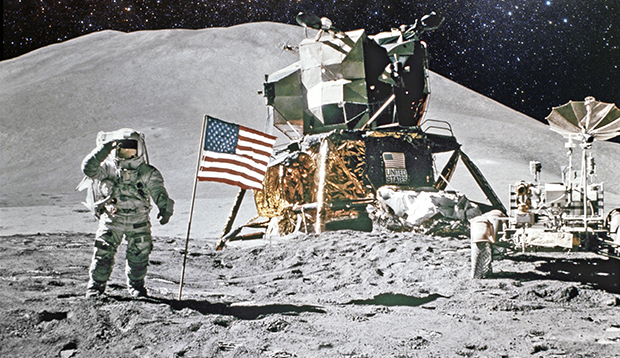 
A Wading River artist’s paintings are out of this world – literally. According a story in Dan’s papersartist Anna Jurinich had his work chosen to be part of the Lunar Codexa program that will send works of art, including visual art, books, stories, poetry, essays, music, films and more to the moon once NASA resumes operations missions to our natural satellite.


“The U.S. National Aeronautics and Space Administration (NASA) has a plan, the Artemis program, to return humans to the Moon in 2025, for the first time in over 50 years,” the Lunar Codex website explains. .


Before humans return, unmanned spaceflight will first bring scientific instruments and other payloads in preparation. These missions will include the time capsules that will make up the Lunar Codex.


“The Codex will be the first significant placement of contemporary art on the Moon in over 50 years,” the website explains.


Two of Jurinich’s pieces were selected to go to the moon. One, “The Illusion and Persistence of Peace”, depicts a woman holding a dove with a torn black ribbon all around her. The other is called “The Yellow Vase” and shows a woman lying under a yellow vase with flowers.