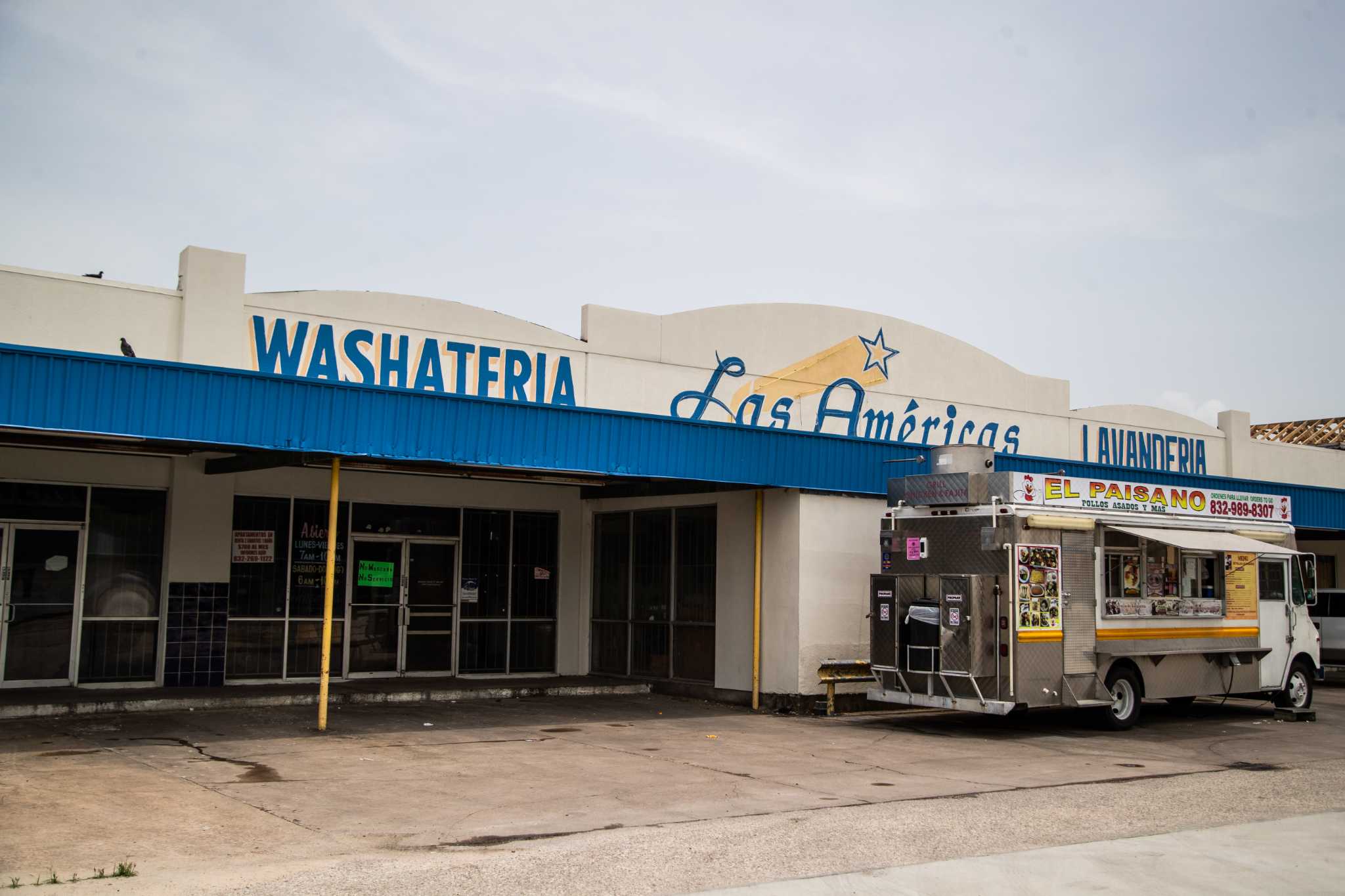 A large mural depicting a mosaic of Latin culture in Houston was painted by the owners, disappointing some members of the Hispanic community concerned with preserving the local tradition of murals.

The mural contained a collage of vignettes, including a mariachi musician and an astronaut with the Houston skyline in the background, all centered around an image of Pancho Claus, a legendary community figure in the city.

“They took away a mural that was really a Latin story type mural,” said Richard Reyes, who created the character and plays the role of Pancho Claus. The fictional character is an American-Mexican incarnation of Santa Claus who distributes toys to children during Christmas dressing up in a zoot costume and often parading in low-riders with volunteers (https://www.houstonchronicle.com/ news / houston-texas / houston /article/Houston-s-beloved-Pancho-Claus-who-spreads-15775689.php).

“I was (painted) on the mural, but it was really a bigger story because it involved everything from Zapatistas (Mexican revolutionaries) to immigrants to Latino astronauts,” Reyes said.

The building where the mural was painted belongs to the Houston Avocado Company, which operates in an adjacent facility. The exterior of the building was painted about a month ago, according to the owners of the company.

The mural was a project made in 1994 by students from the former Reagan High School, now Heights High School.

“Pancho Claus, he represents a big part of our culture, of our community,” said Sadrach Terwogt, a Houston resident who often volunteers to hand out toys with Mexican American Santa Claus. “Anyone who’s seen that mural and that zoot costume could easily identify with the one guy who still wears a zoot costume in Houston. “

A few comments on Pancho Claus’ Facebook page expressed their disappointment at the fresco’s disappearance. It was painted on the left side of Las Americas Washateria at 2216 Airline Dr. and can still be seen on Google Maps.

“For me personally, it was always inspiring to go down (and) see the murals,” one person posted on Facebook. “It’s heartbreaking to see that they have been repainted.”

Reyes said he recognizes the right of owners of private property to change them or decide what to do with them. He said the mural was a deal between the students and the building’s former owners.

“The new owners are not responsible for preserving it and I’m not crazy about it,” Reyes said. “It was inevitable (because) it’s on private property and it had been there for 30 years, so I’m glad it’s been around for this long.”

Representatives of Avocado Company said they were surprised by the reaction and how they felt portrayed.

“The mural was in very poor condition; you could barely see the paint, it was peeling off, ”said Susie Flores, office operations manager for the company. She said the company is a frequent contributor of toys to the Pancho Claus program and other initiatives in the Hispanic community.

The company said no one had approached it about the mural and its conditions or offered any initiative to restore it. “We would have gladly worked with people from the community,” said Flores. She added that they painted the whole building because it had a run down look that did not favor companies that rented space.

Even with the best efforts of the community, the likelihood that the mural would stay on for much longer was slim. The company said it plans to demolish that building to expand nearby Houston Avocado facilities.

Reyes said the story isn’t that the mural was covered over, but what the community can do to preserve their murals.

“We get closer to the plate and don’t cry over the spilled milk; I want to do something about this problem, ”Reyes said, noting that this isn’t the first time that a Latino mural on private property has gone missing.

Reyes calls for a community meeting “to discuss ideas on how we can recreate this mural and others that we can identify of historical significance to our community.”

The meeting is scheduled at the Latino Learning Center at 3522 Polk St. on Saturday at 3:00 p.m.