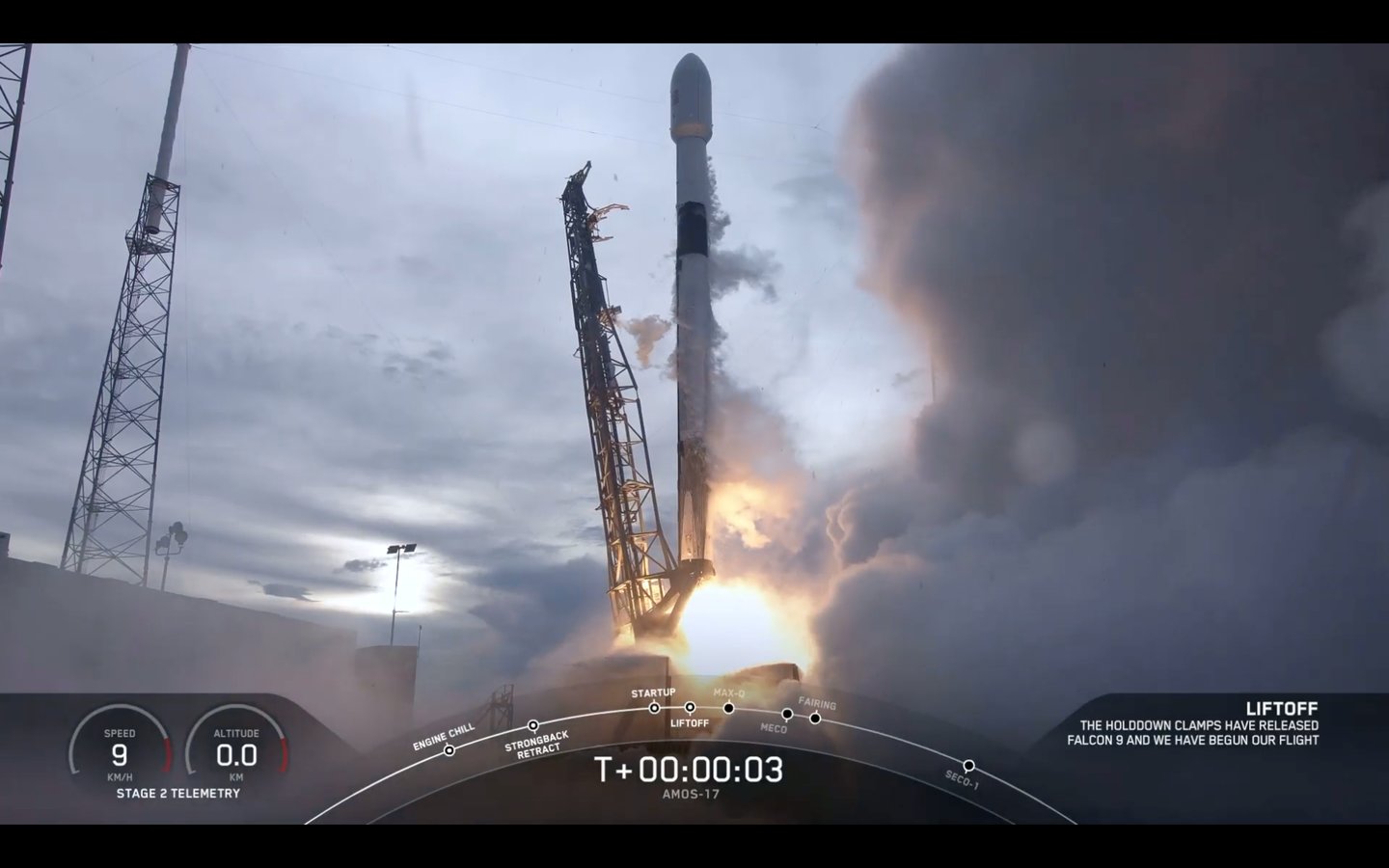 TAMPA, Florida – Israeli fleet operator Spacecom has been granted an extension to use AsiaSat-8 until 2024, closing a coverage gap left by the loss of its Amos-6 satellite in 2016.

The company has agreed to lease the satellite from Hong Kong-based AsiaSat, which it calls Amos-7, for an additional two years for an annual fee of $ 14 million.

That cost is down from $ 22 million per year under the original agreement reached in 2016, when Spacecom said it would use the satellite’s Ku-band capacity for at least four years.

Spacecom signed the lease months after its Amos-6 satellite was destroyed in September 2016, after a SpaceX Falcon 9 rocket preparing to launch it exploded during a refueling test.

As part of their deal, AsiaSat moved the spacecraft it launched in 2014 from 105.5 degrees east – where it covered China and neighboring countries – to 4 degrees west to cover l ‘Africa, Europe and the Middle East alongside Spacecom’s Amos-3 satellite.

Asked about the reason for the difference in annual fees, a Spacecom spokesperson said he “had more time to check out our options and alternatives, so the results of the negotiations were different.”

Spacecom owns the other three satellites in its fleet. The most recent, Amos-17, covers sub-Saharan Africa, Europe, the Middle East and parts of Asia after a successful SpaceX launch in 2019.

The company ordered a satellite called Amos-8 from Maxar Technologies in 2018 to replace Amos-6, but canceled the contract after the Israeli government said it would instead be built nationally.

As part of the Amos-6 expansion announcement on July 12, Spacecom said the owner of Israeli satellite television broadcaster Yes DTH has agreed to purchase capacity from Amos-7 and Amos- 3 for two more years under a $ 14 million deal.

The deal brings Yes DTH’s backlog to $ 100 million, according to Spacecom, and includes expansion options that could bring the operator $ 7 million in additional revenue.

Spacecom said it recently secured a $ 38 million extension of a service contract from the Israeli government and a $ 6 million contract from a mobile operator in Africa.

On July 5, the Israeli company announced an agreement worth at least $ 8.6 million to provide satellite broadcasting capacity to Magyar Telekom, the Hungarian mobile operator, from 4 degrees west until the end of 2024.

Eastern Europe is an increasingly important market for the company. Hungary is home to 4iG, the IT and communications company aiming to buy 51% of Spacecom to accelerate its international space ambitions.

4iG announced its second international acquisition on July 9 with the intention of purchasing the mobile operator of Nordic telecommunications company Telenor in Montenegro, South Eastern Europe.

“We see significant growth potential in the Western Balkans region, and we anticipate that over the next five years the region’s economic growth could be significantly boosted by the enlargement of the European Union,” said 4iG CEO and Chairman Gellért Jászai in a statement.

“We therefore intend to further increase our presence in the region, in addition to the acquisition that we have just announced. To this end, we are constantly exploring investment opportunities in the telecommunications and IT sectors.

Africa is also an increasingly strategic market for Spacecom, which said on June 29 that it purchases 9.3% of rural connectivity provider Nuran Wireless strengthen its presence across the continent.