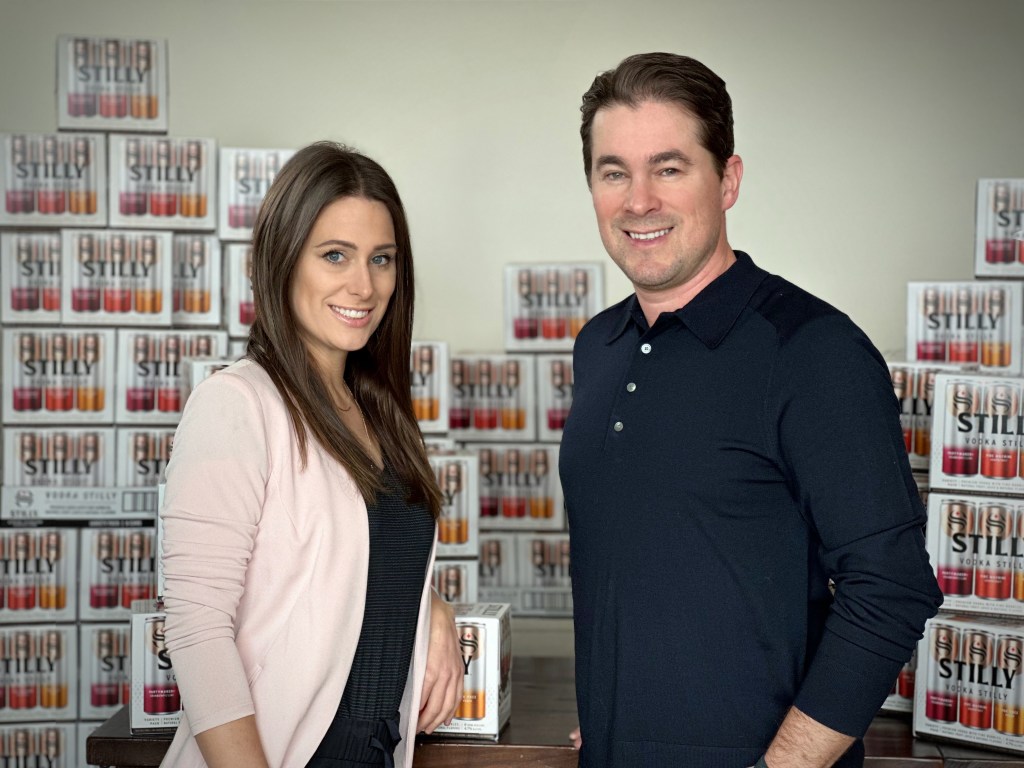 Just over a year ago, Nick and Amanda Barthelemy were enjoying a backyard bonfire with friends at their Lake Elmo home when talk turned to the shortage of good, ready-to-drink flavored alcoholic beverages. on the market.

Amanda Barthelemy turned to her husband and said, “I think we can do better.”

The talk quickly turned into action. In June, the couple launched cocktails made with Stilly vodka in a can.

“We went from inception to production in just one year,” said Nick Barthelemy, 44, the company’s co-founder and CEO. “We did it in record time. Generally, even great players take 12 to 18 months to achieve this.

Stilly presents itself as “a light and refreshing cocktail based on premium vodka, fine bubbles, a trickle of natural juices and natural aromas”.

“It’s not a seltzer,” Nick Barthelemy said. “What really sets it apart is that it tastes extremely natural. There is no aftertaste. It has lower carbonation than most other drinks. Its natural fruit juices stand out, but they are not too sweet. We knew a product like this would resonate with people like us – people who wanted something new and enjoyed the taste.

Stillwater Mayor Ted Kozlowski said he couldn’t believe the Stilly product lines last month during Carrie Underwood’s concert at Target Center. “It was everywhere,” he said. “There were huge lines of people waiting for them all over the lobby. You could walk up anywhere and get a Budweiser, but the line for Stilly was 30-40 people. These guys crush it. It’s fun to see a local business take to the big stage.

The drinks sell themselves, according to Kozlowski, who loves Vibe Machine, Stilly’s grapefruit-flavored vodka drink. “It definitely tastes like grapefruit and not like a Jolly Rancher grapefruit stuck in the bottom of your glass,” he said.

Nick and Amanda Barthelemy know what it takes to start a successful business. Amanda Barthelemy, 39, is the CEO of Colorful organicswhich produces organic cotton clothing for babies and children.

Amanda Barthelemy started the business in 2007 while she was home on maternity leave following the birth of the couple’s first child, Sienna. The Minneapolis-based company now sells millions of garments a year in 74 countries.

“Amanda invented this brand and just ran with it,” he said. “She wanted to design clothes for our daughter…and she wanted to do organic. She knew it was important. Obviously, moms want the best for their babies.

Nick Barthelemy is the founder and CEO of a software development consulting firm that has worked with Apple, Best Buy, Google, Reuters and others.

“Since the day we met, it’s always been natural for us to find our own path together,” Nick Barthelemy said.

Partners in Stillwater, Wisconsin – and Paris

The couple knew they had to be strategic when it came to naming and designing their beverage business if it was to operate nationwide.

“We named it Stilly because of its relationship to the distillation process and the pot still,” he said. “It’s only natural to understand that a drink named Stilly would contain distilled alcohol, and we just loved that.”

Although it doesn’t carry the Stillwater name, the Barthelemys say they appreciate the support the community has given the brand. Their main investor was Thomas Vanek, a friend and former Minnesota Wild winger who lives in Stillwater.

The couple hired a Paris-based design firm, which also works for Louis Vuitton, Hennessey and Moet, to help develop the Stilly brand.

“We had a chance to introduce Stilly to the world, so we had to do it right,” Nick Barthelemy said.

Barthelemy won’t provide details regarding the company’s marketing strategy or stock numbers, but Stilly, which is made in Waunakee, Wis., pre-sold its entire first run before it even hit the chain. production.

“We launched a campaign before our first production to get people to recognize it, and we launched a pretty incredible demand,” he said. “My background in technology helped us determine where to target our marketing efforts.”

It helps that the couple have previous manufacturing experience, he said. “It’s not rocket science to make products unless you’re building rockets. Our trading experience kind of paved the way for what you see today, that’s for sure.

The couple used their own taste preferences when selecting two of the company’s first three flavors to launch. “Cranberry lime was our favorite cocktail back then: vodka, soda, with a twist of spunk and a lime,” he said. “We took that base and developed from there.”

Grapefruit got the nod because “Amanda really likes grapefruit, and so do I,” he said.

Market research helped the couple choose peach for the third flavor. “I like the peach flavor, but it wasn’t my first choice until I tried it. Then it was like, ‘Wow, that’s amazing,'” he said. “It’s now my favorite flavor.”

Six new flavors will be released in early 2023.

The key to the company’s success has been having “two entrepreneurs working in the same direction, working for the same thing at all times and having endless levels of determination,” Nick Barthelemy said. “You can only succeed if you persevere and are determined. You might have all the smarts in the world, you might have all the resources in the world, but if you’re not ready to ride out every storm and push that rock up the mountain, you’re not going to make it. This is literally the key. We just don’t give up.

Next spring, the company will launch a line of products including hats, t-shirts, coolers, golf accessories and boat flags, which will be sold on Stilly.com.

“The pride we have in seeing people enjoy our product is indescribable,” said Barthelemy. “There have been so many pinch moments along the way. Because things happened so fast, it’s really hard to digest everything. It’s just surreal to walk through Xcel during a Wild game and see people carrying it around.