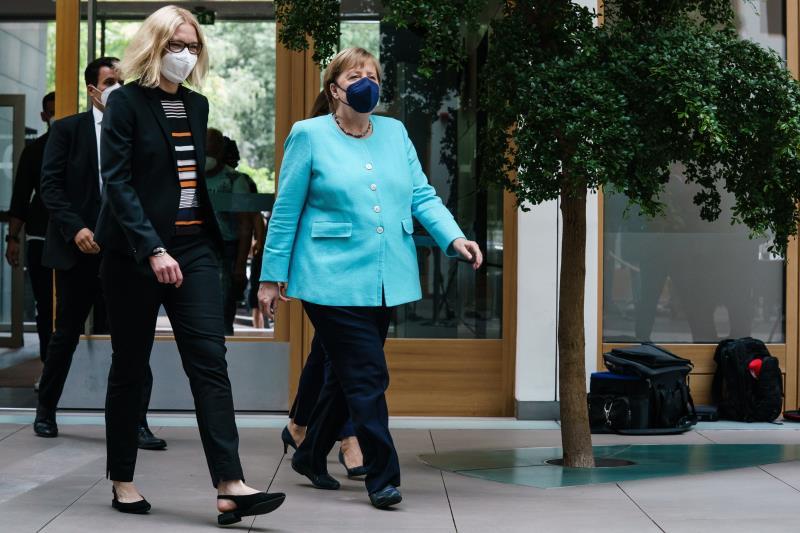 Kiev, Jul 22 (EFE) .- Ukrainian Foreign Minister Dmytro Kuleba said today that Kiev has “many questions” about how the agreement between the United States and Germany on Russian North Strem 2 gas pipeline completion may reduce the security of your country and central Europe.

“At the moment, there are many questions about how the US-German deal can reduce the security risks to Ukraine and central European countries linked to the launch of Nord Stream 2,” Kuleba said. during a joint press conference with his Hungarian counterpart. Péter Szijjaártó.

The Ukrainian minister added that the Kyiv government, which has repeatedly stated that the launch of Nord Stream 2 poses a threat to its security, “will discuss this issue with the United States and Germany”.

“Regarding the economic part of this statement (from the United States and Germany), we will study the proposals and present our position when we analyze in detail what is proposed,” he said.

The United States on Wednesday announced an agreement with Germany that will allow the completion of the Nord Stream 2 gas pipeline in exchange for guarantees that Berlin will help Ukraine so that the project does not threaten its energy security.

US opposition to the pipeline was mainly due to concerns from its Eastern European allies, including Ukraine, who fear that the project would allow Moscow to cut the gas transit route through Ukrainian territory.

Under the agreement, Germany pledges to help Ukraine negotiate “an extension of up to 10 years” of its gas transit contracts with Russia, which expire in 2024.

German Chancellor Angela Merkel recently promised Ukrainian President Volodymyr Zelenski that her country will continue to be a transit territory even when construction of Nord Stream 2 is completed.

Source of the article

Disclaimer: This article is generated from the feed and is not edited by our team.